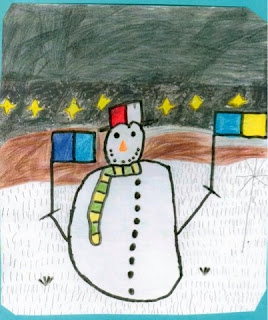 Leckaun National School are delighted to announce success in the Publish a Poem Project 2012. The following poem will be published in a book of poems later on this year. The prize giving will take place at the Landmark Hotel in Carrick on Shannon on Tuesday 24th of April 2012. Two other students' poems were awarded Highly Commended in the same category.
In their compositions the students endeavoured to incorporate rhyme, rhythm and repetition whilst maintaining their own experiences and perspectives throughout. Please note that our students' text and our photos and drawings are original work and are the copyright of Leckaun N.S. If you would like to reproduce anything from this site, please obtain written permission from our school in advance. If your name, photo or copyrighted material appears on our site and you want it removed, contact the webmaster.